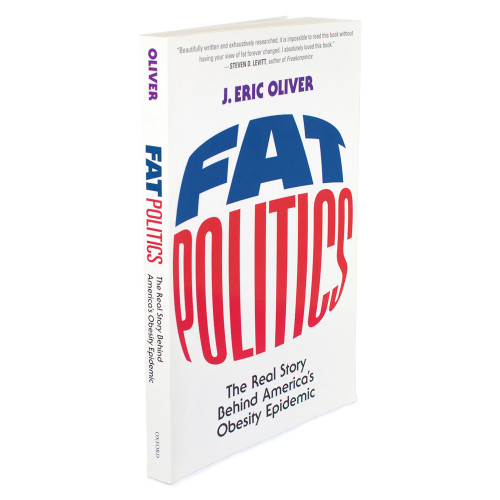 "Obesity Epidemic" and "Health Crisis" are both major buzzwords in American society and the weightloss market is a booming industry. And as with any health related market, capitalizing on insecurities and fears will always drive up sales. But we at More of Me to Love know that accurate information is the most powerful tool against hasty assumptions and alarmist and extreme views. In political scientist Eric Oliver's Fat Politics, he presents his exhaustively researched study against the the conventional views on fat and obesity. He condemns the actions of the doctors, government bureaucrats and health researchers that have created standards that mislead the public about what is "healthy" and what is "overweight" and debunks the idea that obesity is automatically a killer disease. He argues that the common negative views on obesity are fueled more by social prejudice, politics and industry profit rather than scientific fact and then goes onto to prove the use of misinformation to leave the public into those views. Fat Politics will challenge any conventional views on fat and is essential reading for anyone with a stake in the nation's - and in their own - good health.